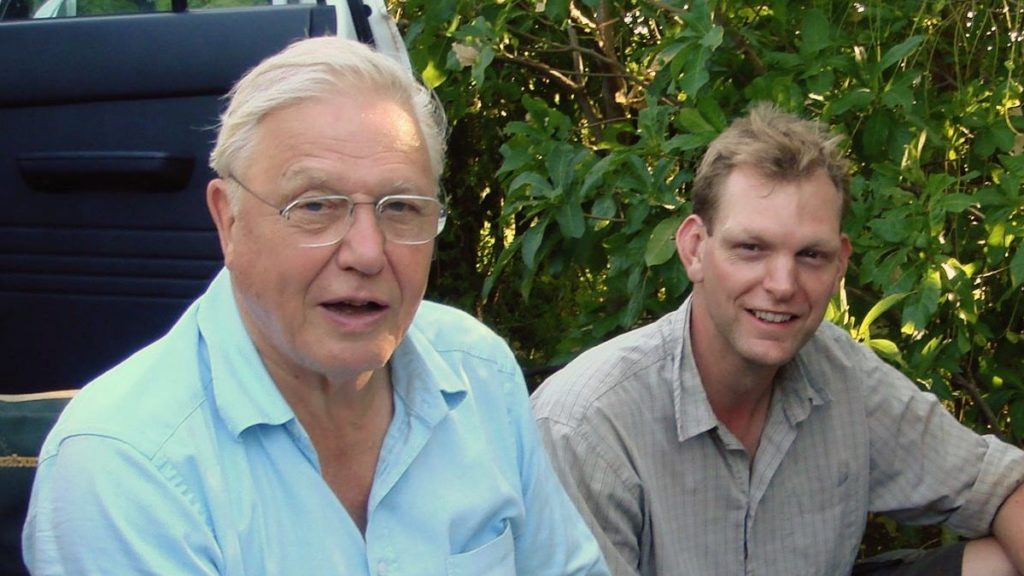 After two weeks of searching life of birds researcher Adam White was just 10 yards from one of the worlds largest king fish is all he had to do was push a button just before the bad leftist purge to start the high-speed camera after two weeks of nothing this was eight all I had to do was flip a switch. Just flip the switch which I held in my now shaking hands. The Kingfisher landed on the perch no more than 5 m in front of me with enough force to make the entire branch wobble. Another surge of adrenaline shot through my body making my heart some so hard that I was sure that the cameraman Andrew Anderson could hear me.

I had come to Amherst Massachusetts two weeks previously and a full week before Andrew. My task had been to set everything up to meet King Fischer expert Dan albino get filming aquarium made and find a suitable location.

As a new researcher this was my first time on location outside the UK on my own and Andrew was one of the most experienced wildlife camera men in the business. I felt great pressure to get it all right. The kingfishers had other ideas. Things first started going wrong when the birds that are primary supposedly reliable location abandoned their nest for reasons will never know.

However this was wildlife filmmaking and we were at the mercy of nature. Besides Dan had half a dozen other locations where we might film. We were trying to film a familiar sequence I can Fischer dives of a Catholic position punch into a glass tank containing fish rice a few feet above the water in the river I speak camera underneath captures the action beautifully from a unique viewpoint and the letters from throat viewers come pouring in.

But the belted Kingfisher which now sat within what felt like touching distance of the night was something else. Add more than a foot long this was one of the worlds largest kingfishers which caught fish in excess of 6 inches . I large cumbersome aquarium 2 ft.² was required.

From Riverbank to real bank Dan and I caught it this aquarium painstakingly filled it with water more than 25 gallons and apologetically left a few fish in it. At site after sites the birds show little interest. Most would fly straight out of the nest chamber and away to some unknown spot to fish.

With the arrival of the cameraman we won our week behind with only 11 filled in days left and we didn’t even have a location. All I had learned of the birds was that they didn’t hang around the nest when incubating and that they could spot you blinking even if you were Hidden in foliage 30 m away.

Then with five days to go Dan found the spot where I was now sitting in the height. Lack of time meant that in order to fill everything we needed to the cameraman would operate one camera in one height and I would be left to operate a high-speed remote camera which was at this moment underneath an aquarium pointing straight up that I female belted Kingfisher. The Kingfisher was looking straight down at half a dozen fish.

The camera was now in just the right position the sky was a cloudless blue everything was perfect all I had to do was flip the switch to start the camera for seconds before the bad guy.

Everything was intensely concentrated on the branch in front of me. I could no longer hear the bird song around me. The tractor in the nearby field was silent. Even the mosquitoes had apparently disappeared. Moments becameDistorted into ages.

The Kingfisher moved on the porch and for the hundredth time I checked my grip on the switch and make sure I knew which way was on.

She let out another raucous rattle Bob’s her head and looked directly down at the Fish shortly this was it. I pushed the switch. The camera hand into life. The vacuum cleaner like noise send a massive reminder to my ears that more than 13 feet of Phil was being exposed every second and that it would all run out in under a half a minute. But the Kingfisher just sent. Surely she would die soon?

It became a game of chicken. Will she drop or do I stop? If I stop I am I missed the shot. If I keep my finger pressed to on I may run out of film stop the noise of the camera results in an impossible increase in my heart rate.

The bad lips away and I stop the camera but my long overdue and take a breath files to come. She points have beat down with one small and the game begins again was that a slightly more intense gays? Do I start the camera now knowing that I have already wasted a quarter of roll? If I am to slow down the camera will not be at full speed on the dive will be captured in just a black pair blah.

For the second time I flick the switch. The camera James then winds up to speed. And and possibly long five seconds followed. Then as if it were the most natural thing in the world she leaves off the perch and plummets into the water with a splash. Within the blink of an eye she is back on her branch leaving one fewer fish in the tank and me wondering if what just happened really happened. New paragraph as the vacuum cleaner comes to a halt and the gentle harm of Andrews camera in the hide office it catches the action as a contact Kingfisher dispatch is the fish. I stare in disbelief recalling the scene I had just witnessed and which I have made previously taken to grounded on my TV set.